In this episode, I talk with Matt Pipke, Co-founder and Chief Digital Health Officer of physIQ, about personalized medical predictions from physiology data. Matt and I talked about the challenges in working with physiology data, how to validate models and minimize bias, and the importance of collaboration.
Quotes:
“What physIQ does is it harvests data from those continuous data streams from wearable sensors and produces analytical results that are useful for clinical care when taking care of patients who are outside the four walls of the hospital and in scientific endeavors such as clinical trials where it's interesting to know what the efficacy of the drug is on a target disease, whether the health of the patients who might take those drugs is being improved or at least is not degrading any further.”
“What we have to do is build our algorithms and our analytics based on machine learning techniques and, of course, the more recent really successful subgroup of deep neural net algorithms that can sift through this data and can highlight accurately the vital signs of physiology we need to make the assessments available.”
“So part of the issue there, is to figure out how to differentiate the background variation that's normal for people as they move around in their daily lives from the telltale signs that they may be suffering from a derangement of physiology.”
“There's a lot of companies and offerings out there that are in the consumer fitness market. They might be appropriate for healthy populations that are looking to track their activity, the amount of sleep that a healthy person might get, but they're really not the right target populations of interest for the medical system or for clinical trials where you have a population that's suffering from a disease that a drug is targeting.”
“Now I know that a lot of companies out there tend to avoid the regulatory pathway for medical or health or fitness applications, and I don't think that's a good move. . . The FDA experience for us has been at times frustrating of course, as it is for anybody who has to deal with regulations, but at the same time, there is a core of meaningful value add there. Regulatory agencies around the world, FDA included, they have a pretty thankless job. They never get credit for what they do. They only get complained about. But what they're doing is really, really critical to outputting valuable, usable product in the healthcare and medical space.”
“So bias in models really comes back to the representativeness of your data, right? So if you've got data that's not representing the target users, the target populations that you're going to analyze, you can end up with bias. You can end up with bias in surprising ways.”
“If you aren't aware of what might be lurking in your data, you could be overfitting the wrong thing and then find out that your algorithm does not generalize, does not work in other areas.”
“My feeling about this is that it's all about the data. physIQ got started a lot earlier than we probably should have and we've benefited in a strange way in that we've been in the game a lot longer than other players in this space. So we've been collecting data for a long time and we built a robust platform to collect data.”
“There's a lot of resistance to change and, in fact, the layperson might be horrified to learn how the healthcare system actually works. But, stepping back, something definitely has to change in healthcare. We all know that it's not sustainable the way things are now. But we don't have any illusions at physIQ about how a little company like ours can change things by ourselves. It's really about timing. Right. And sometimes you have to look for those windows of opportunity when in large industries with huge amounts of existing business relationships and the way that they work today are ready for change.”
Links:
physIQ 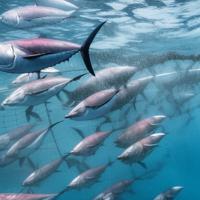 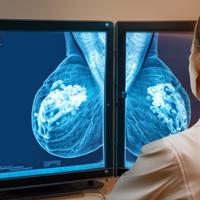 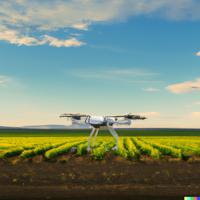 Monitoring Fields for Precision Agriculture with Gershom Kutliroff from Taranis 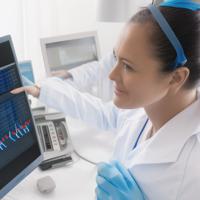